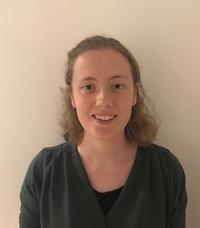 Rebecca Orr joined the Global History of Capitalism Project in September 2018 as a research support assistant. We sat down with Becky to chat about everything from the historicity of Dickens’ Uriah Heep to the interdisciplinary relevance of Japanese Capitalism.

Q: What is your academic background and how did this lead you to an interest in the global history of capitalism?

A: As an undergraduate studying history, I became interested in the economic history of the industrial revolution and its intersection with material and cultural history. I wrote a dissertation twinning my two interests at the time where I looked at the changing nature of retail design during the nineteenth century. After a stint working in university administration, I returned to studies and completed a MA in Modern History. The seminars I attended made me start to think more expansively about histories beyond Europe.

By the end of my Master’s year, I thought that I wanted to do a PhD and looked for a way to keep a foot in the world of academic research. When I saw the post for research support assistant, I thought that this would be an interesting way to develop my understanding of academic research and, more specifically, my understanding of the history of capitalism, which had not really figured in my undergraduate or masters studies. The Project specifically stood out to me because of the emphasis on teaching and making research accessible to broader audiences through case studies – looking at how research can be disseminated to different audiences and how teaching feeds into research (and vice versa) has proven to be a highlight of my time on the Project. The prominence given to material culture in teaching has also been exciting for me to see.

Since joining the Project, I have been encouraged to develop my own interests and to think more expansively about what I am interested in. Before joining the project, I was maybe thinking that I wanted to pursue a more British focused PhD, but since being a part of the project, my interests have changed and I am hoping to pursue further research looking at decolonization in comparative perspective through the construction of embassy buildings. I would hope to bring together the literatures on the histories of capitalism, architecture, and decolonisation.

Q: What is your involvement with the project?

A: I joined the project in September 2018 as research support assistant. Since then, I have been involved in a real range of activities, which has given me an insight into how academic research and teaching works. I have contributed to the Global History of Capitalism case study series as an editor, with case studies on the history of Japanese capitalism and the Mexican tortilla. I have also helped the Project’s co-director Christopher McKenna develop a new Global Business History Course (launching next term for undergraduates) and have assisted with archival research, looking at white collar crime in the nineteenth-century. This research has taken me to archives in London and Norwich. During the course of our research, we found that individuals were fifty times more likely to die by suicide if they committed white collar crime. We argue that this was not just a literary trope used by contemporary authors including Charles Dickens. Instead, we suggest that this was a real-life phenomenon.

Q: Any favourite events so far?

A: Last September, the Global History of Capitalism Project hosted a two-day conference at Brasenose College entitled: ‘Convergence/Divergence: New Approaches to the History of Capitalism’. Bringing together cultural and economic historians of capitalism allowed for a really interesting conversation to take place.

Q: What do you think GHoC can bring to historians who do not specialize in capitalism?

A: I think that a really good starting place for anyone – historian or otherwise - new to the history of capitalism is the Project’s case study series. The case studies are incredibly accessible and help exemplify broader themes in the literature.

Reading the case studies has raised – and answered – a number of questions for me, some of which I had never considered before. Many of the things that I had taken for granted about the present – or had never considered the origins of or antecedents to – are covered by contributors to the series.

For example, the case study on Berry Brothers raised interesting questions for me about the reasons why some firms survive when others do not and the changing meaning of corporate reputation. The case study on Ri Sheng Chang prompted me to consider the origins of paper currency and the place of money in global trade. While, one of the latest additions to the case study series on Musa of Mali, made me think about the periodisation of the history of capitalism and the connection between religion and capitalism.

Q: Could you recommend a book or article related to the global history of capitalism?

A: One of the presenters at GHoC’s Convergence/Divergence conference was Prof Ravinda Kaur. You can watch her lecture over on our videos page here. Shortly after the conference, I came across Kaur’s article: ‘World as Commodity: How the Third World Became an Emerging Market’. Read it here.

Read our other GHoC case studies here and watch this space for a series of interviews like this one.