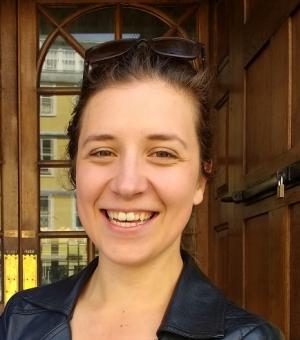 Oenone Kubie was a fourth-year doctoral candidate in US History with the Global History of Capitalism project. Her dissertation, entitled The Swarm: Children in Chicago, 1890-1930, considered the lives of children playing, working, and living on the streets of Chicago at the turn of the twentieth century. Children constituted between forty and fifty percent of Chicago’s population at the start of this period. Their work, mobility, consumption, and often destructive tendencies shaped the city in a multitude of ways. Concerned middle-class adults responded by creating a vast array of child-saving regulations and institutions – municipal playgrounds, anti-child labour laws, the juvenile courts – aimed at getting children into supervised, child-centred spaces.

Oenone has published an article on child street labour, ‘Reading Lewis Hine’s Child Street Labour Photography, 1906-1918’, in the Journal of American Studies. This article examines constructions of child street labour in American culture. In imagining the newsboy American adults clashed over ideas of masculinity, labour, and the correct place for children in industrialised cities.

Oenone is planning for her next project a study of children in theatres and motion picture houses in the US from 1850-1939. In this period, American society tried to create sheltered childhoods where children were separated from the adult worlds of work, money, and even consumption. Yet thousands of children laboured on the stage and screen long after adults restricted their labour in other spaces. In the fiercely fought debates over child stage labour, American society grappled with the morality of the developing capitalist order and children’s position within it.