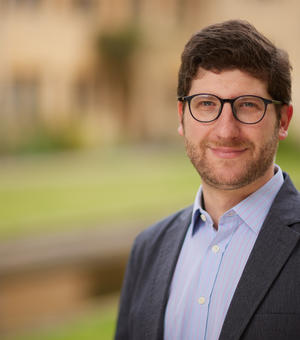 Postdoctoral Researcher on the History of Slavery in the City of London project
Nuffield College
01865 278685
hunter.harris@nuffield.ox.ac.uk

Hunter Harris is the Postdoctoral Researcher on the History of Slavery in the City of London project at Nuffield College, Oxford. He is a historian of the British Empire in the early modern period, with particular interests in legal and economic history.

His current project examines the connection between the City of London and slavery in the eighteenth century. The middle decades of the eighteenth century were both the height of Britain’s involvement in the slave systems of the Atlantic world and foundational for the emergence of the City of London as a global financial center. The connections between these two sets of activities, however, remain under explored. His research investigates not only how money made from participation in the slave economy was reinvested in London, but also how institutions and business practices developed through involvement in the slave economy helped establish London as the nexus of commercial financing, capital markets, insurance, and legal services.

Hunter holds a Ph.D. in History from the University of Michigan. His dissertation, “When Trust Fails: Merchants, Law, and the British Empire in the Eighteenth Century,” studied how merchants used law as a formal institution to supplement their use of informal institutions and manage conflicts once they inevitably arose. He took the merchant communities of New York, Glasgow, and Calcutta as case studies in this project.