Rowena Olegario: A Global History of Race and Trade 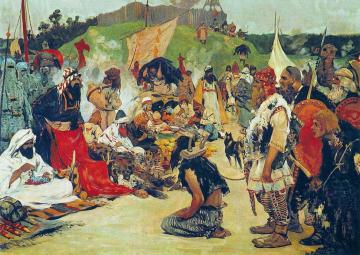 Rowena Olegario's current project investigates the cultural assumptions that underlay international trade during the nineteenth and early twentieth centuries, particularly in credit granting and joint ventures. Working with historians in different geographies, the edited volume will consist of papers that probe the mentalities (or sense-making, to use the term of organizational studies scholars) of commercial actors. Collectively, the papers seek to solve puzzles that neither neo-classical economics nor neo-institutionalism can answer. For example, can attitudes about race and national characteristics explain why western and non-western traders cooperated in some instances but not in others? When and how did attitudes about race shift — and why? For example, it is likely that ideas about race were conditioned not just by large historical events but also by changes in local circumstances. By examining the sense-making processes of both western and non-western traders, the project — tentatively titled: Race and Trust: A Global History of Trading with 'the Other' — aims to move beyond Orientalist tropes to discover others, as deeply held if perhaps not as systematically constructed, in other parts of the world. Olegario has largely completed one paper in this project examining how American businesses assessed potential trade partners, primarily in China and Japan, during the interwar period from 1919 to 1940.