Each generation defines itself via dramatic events. This year, for example, is the fiftieth anniversary of the 1968 riots in Paris that preceded a cultural revolution that would spread throughout the world. It is also the tenth anniversary of the 2008 financial crisis that led to mass demonstrations, including Occupy Wall Street, to protest the apparent systemic inequality of wealth and corporate power.  While the academic study of history may seem far removed from frontline social activism, the 1968 riots provided cultural immediacy for the growth of social history and the 2008 crisis pushed scholars to re-examine the global history of capitalism. On the tenth anniversary of the “Great Recession,” Oxford has a new platform to study the global history of capitalism bringing together doctoral students, postdoctoral researchers, graduate and undergraduate courses, and international outreach through a university-wide project. And, fittingly, this new interdisciplinary project sits within the Oxford Centre for Global History in Oxford’s History Faculty.

Click here to read the full article in The Oxford Historian. 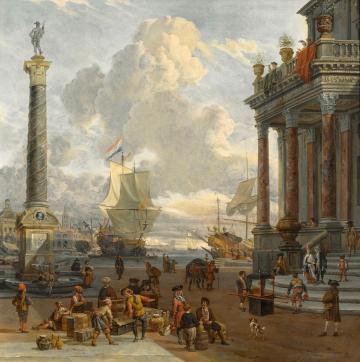