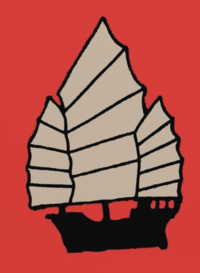 The latest addition to the GHoC Case Studies series is now available to download for free on the GHoC website. Ching Shih and the Pirates of the South China Coast tells the story of how a group of displaced fishermen came to rule Kwangtung Province at the start of the 19th century; how they quickly developed such a fearsome reputation that they could tax global trade, and how they eventually replaced the Chinese Imperial Navy. And, most of all, this is a story about their remarkable leader, Ching Shih.

At the end of the 18th century, China’s coastal Kwangtung Province was a pirate’s dream. Colonial cargo ships sailed along Kwangtung’s coastline transporting increasingly valuable goods ripe for liberation. Among the countless waterways that drained into the South China Sea, fugitives could easily find shelter, and bandits could easily prepare an ambush. Chinese authorities found the surrounding archipelago of roughly 700 islands impossible to explore, providing the pirates further cover. Locals described this maze of canals, rivers, estuaries, and deltas that connected with the ocean, the ‘inner sea’. Outsiders often ran aground while pursuing or fleeing the pirates, who had grown up plying its labyrinthine waters. Looking further inland, a mountain range separated Kwangtung geographically and economically from the rest of China, acting as a buffer against easy intervention by the Chinese Emperor. As a last resort, the pirates could also quickly flee west across the national border into Vietnam.

Despite Kwangtung’s many attributes, however, the acts of piracy that took place along the South China Coast at the end of the 18th century were incidental, sporadic, and generally unintimidating. The vast majority of the region’s pirates belonged to small, ad hoc crews of fishermen and ferrymen seeking easy money during their off seasons.

Though a nuisance, most pirates were amateurs, and the idea that they posed any real threat to national security seemed absurd. Indeed, in 1793, the Qianlong Emperor confidently declared that his Imperial Navy had ‘searched out and arrested any pirates…not a trace of them remains.’ In fact, a trace did still remain, and that small number grew rapidly. Within ten years of the Emperor’s assertion, Kwangtung’s pirates had formed an enormous, organised coalition. At their peak, the pirates were 70,000 strong, outnumbered the Imperial Navy by three to one, and held almost total control of the province.

The bandits’ alliance rose to power under the leadership of a retired sex worker turned pirate queen, and they enjoyed a reign of swashbuckling terror that lasted for a decade, upending the status quo before vanishing almost as quickly as it had first appeared. In 1800, the alliance was in its infancy; by 1805, it ran Kwangtung Province; and by 1810, it had shattered.  In spite of its short lifespan, the alliance enjoyed extraordinary success: within nine years, the pirates seized control of a vital stretch of coastline, repeatedly faced down the Imperial government in battle, took tens of thousands of lives, and played a significant role in defining China’s shifting global standing. Read more here>>